Germany, Italy, Romania, and Spain are officially open for business, and we couldn’t be happier to welcome these beautiful countries to the USANA family. The new European markets elevate USANA’s global presence from 20 to 24 markets, and there are high hopes for each of them. 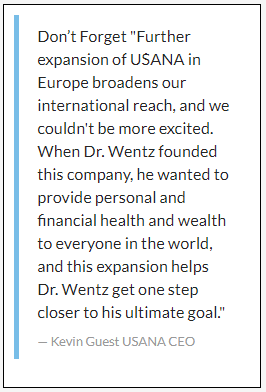 With these market openings, you are now able to take advantage of new business opportunities by enrolling Independent USANA Associates in these countries.

If you’re interested in expanding your business to these markets, here are a few things to know:

Let’s get to work spreading the word about our newest markets.

Unable to locate the information you are looking for? Submit your question to our experts here.